Personally I have not noticed much of the kind of lock down. I spend a lot of time outside, have space to live, don’t know people who have become ill. I was struck by the image of elderly, sometimes people with disabilities, who were no longer allowed to receive visitors, or only through the window. I saw stretching arms reaching nothing. I took iron wire, folded a figure and placed it in a bell jar. Some sawdust on it and the work was catchy. It is the beginning of a series of works dealing with the kind of lock down. More human figures, locked in bell jars or reaching behind a window to family on the other side of that window. Also some (already more) looking in a mirror, navel-gazing or introspection? 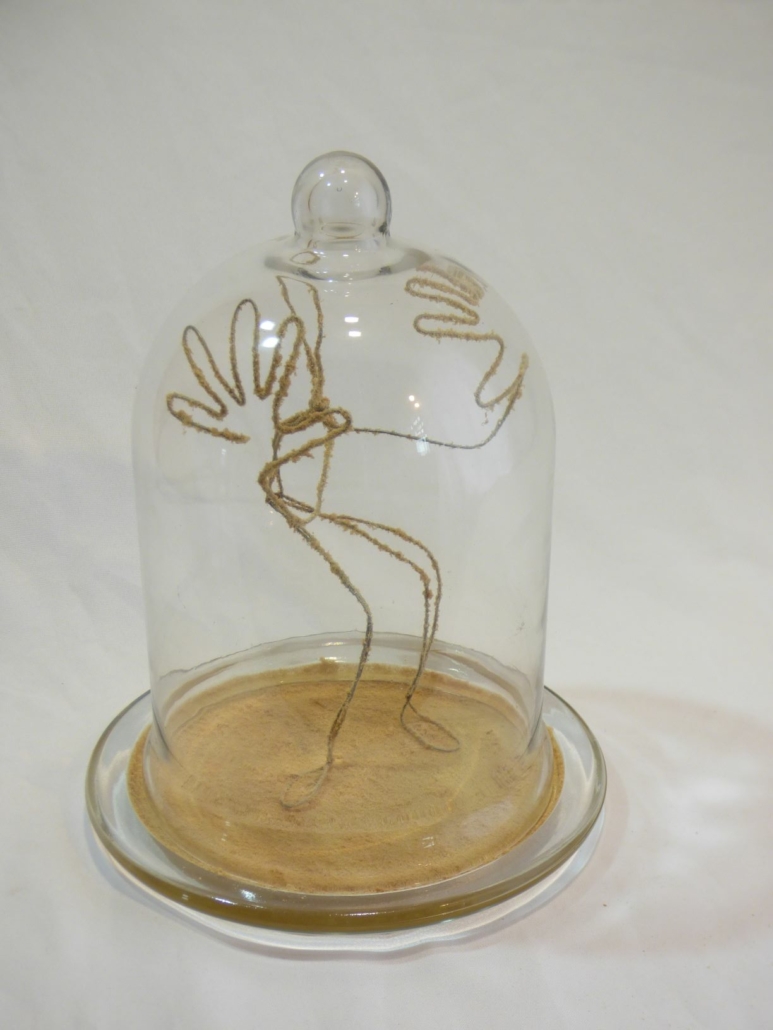 I made a video with the first works in this series. In any case, they are going to the 3oever festival, the third weekend of September. The works with mirror can be seen from 13 June at the exhibition Mirrors in Gallery Sille in Oudewater.

A bit strange, actually. For my new website I have clearly stated: I make art with and in nature. And then this. It had to be, such a starting point should not become a tight straitjacket. And I think I will be able to reconnect with nature at the 3oever festival.

Want to join the discussion?
Feel free to contribute!

This site uses Akismet to reduce spam. Learn how your comment data is processed.

A great event in difficult times

Expected in 2021
Scroll to top